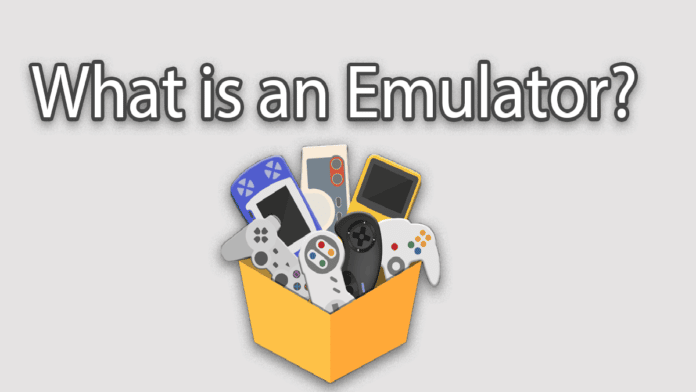 An emulator is a program run mainly on computers that emulate or imitate the experience of other devices.

For example, you can run iOS apps on a computer with an iOS emulator for PC. There is no compulsion to have an Apple device at hand to run them anymore. Similarly and Android emulator lets you run Android apps or games on your Windows PC.

What is an Emulator?

Emulation was first introduced by IBM for emulating the environment of older computers, speeding up programs that were written for earlier computer hardware components. Since the 2000s, emulators have become a common term in the context of software, often used interchangeably for console emulation.

While some people use emulators for testing software, many have started using Android and iOS emulators for PCs to run certain apps using the device.

Why should you use an Emulator?

Many applications and games are platform-specific. For instance, an app designed for macOS might not work for the Windows operating system. That is when emulators come into the picture.
They can run an application, software, or even a game that is platform-specific on another platform.

How do Emulators work?

Emulators focus on making a program which is not meant for your computer, work on it without a hiccup. In easier words, an emulator is a software that acts as hardware of other devices to make it work.

For instance, if you want to run PS2 games on PC, your emulator would simulate the hardware of Playstation 2 for the PS2 game. The work of the emulator not done yet. It has to provide a bug-free performance to be on par with emulating hardware

The emulator does the job of your desired device’s hardware components(Playstation 2 in this case). Such as graphics, processor, a sound card which is present in the device which you wish you use as an emulator on a PC.

Why are Emulators Slow?

Emulation is a whole other ballgame when it comes to running a program, unlike for a simple computer application meant for PCs. The emulator has to convert the digital instructions of a device(let’s say Playstation 2) into a set of instructions that can be read by the CPU of a computer.

It is a tedious and resource-consuming task which requires an ample amount of computer power. That power is used to provide a decent emulator experience for playing games, testing apps, amongst other things.

It is the easiest and most common way of simulation. A lot of applications on Windows are not developed for the 64-bit Windows operating system. They continue to run on 32-bit emulation in a 64-bit Windows computers.

Emulators for Consoles have gained tremendous traction in demand and popularity for consoles as old as Atari 2600 to the recent PS4 emulators. Console gaming fans use emulators for playing console exclusive games on PC, often with a controller for a wholesome console experience.

More and more console games are being ported by independent developers for emulators to provide a bug-free gaming experience.

New emulators are sprouting on the digital horizon everyday. It has become increasingly difficult to choose one that suits your needs. The best way is to try the ones which align with your requirements and check out posts on this website to find exciting emulators for different platforms, devices for PCs.