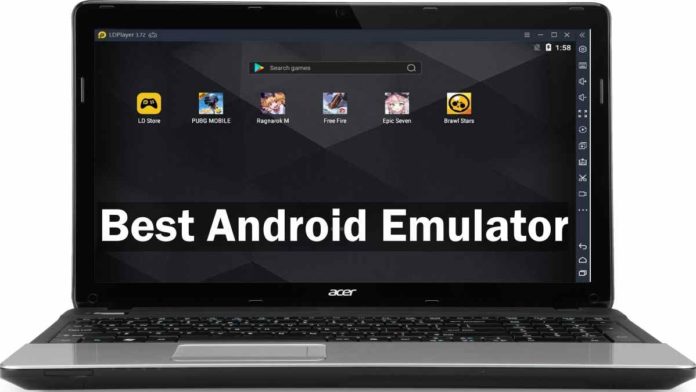 Android emulators have gained tremendous popularity in recent times. While some use it for some use of app development, others indulge in mobile gaming on emulators. There are various other reasons for using the Android emulator on Windows 10 and earlier versions.

Some users also use Android emulators for custom ROM testing. It is a safer alternative, and your smartphone won’t be bricked. Bricking a phone is the last thing that you would want while playing around.

Nox and Bluestacks have been the number one choice for android emulators for several years now.

Now new players have emerged who give stiff competition and may dethrone them from their position.

Here is a list of the best Android emulators for Windows PC and Mac computers.

It consists of Android emulators for gaming to emulators for testing apps. The Android version ranges from Nougat  7.1 to 10. and beyond.

LDPlayer is no-nonsense and stands tall amongst the best Android emulators for gaming on Windows PCs. It is amongst the few emulators that get regular updates from the developers. That helps in keeping it bug-free for the most part, apart from the usual user-specific troubles.

Apart from the standard mouse, key-mapping, they have an app store of their own called LD store, apart from the usual Google Play. You can run multiple instances of a game in a split-view screen, running multiple games on an emulator at once.

Macro-scripts can also be set up to automate certain functions on Android games, which require repetitive usage. You can play games like PUB Mobile, Clash of Clans, Call of duty mobile on Emulator without any problem.

This emulator needs no introduction when it comes to the best Android emulators for Windows PC and Mac out there. Bluestacks has ruled the emulator segment for an extended period with its unmatched performance. It is considered for both gaming as well as regular users.

The company claims that it is six times faster than a regular Android smartphone. The tall claim may be subjective, but it does have wide compatibility, supporting both Intel and AMD processors.

The emulator supports 4K display resolution for bigger displays. What brings the experience home is the massive forum support where you can troubleshoot all your problems away.

The emulator has gone through a transformation over the years, making it compatible with all the versions of Windows OS. It has the standard key mapping, mouse connectivity option.

You can also record your gameplay from the emulator itself. PUBG mobile can be installed with a click, without requiring signing into Google Play through a Google account.

With the recent updates, GameLoop has added support for Arena Legends, Free fire, Call of Duty Mobile, to name a few.

The new Android emulator for PC that impressed many with its vanilla, straight-forward functionality. It is purely for running android apps on emulators, plain and simple. 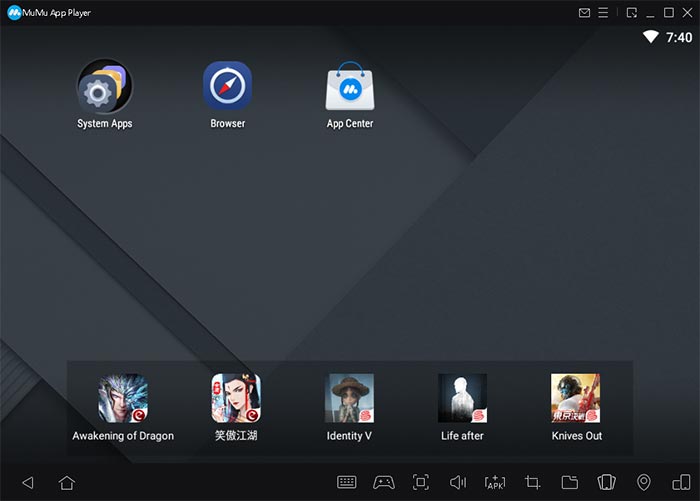 Mumu app requires you to sign-in to Google play for playing Android games on PC. You can sideload your apps directly into the emulator by drag-dropping into the emulator window. A shared folder is also available, where you can put files that can be accessed directly from Mumu player.

The developers of Mumu have a vast library of games such as Knives out, Awakening of Dragon, and several others. Some of them can be accessed directly from the home screen, while others are available in Google play.

This emulator is not meant for regular emulator users. Genymotion is an Android emulator for Windows PC and Mac meant developers who require it for testing their apps on smartphone models. 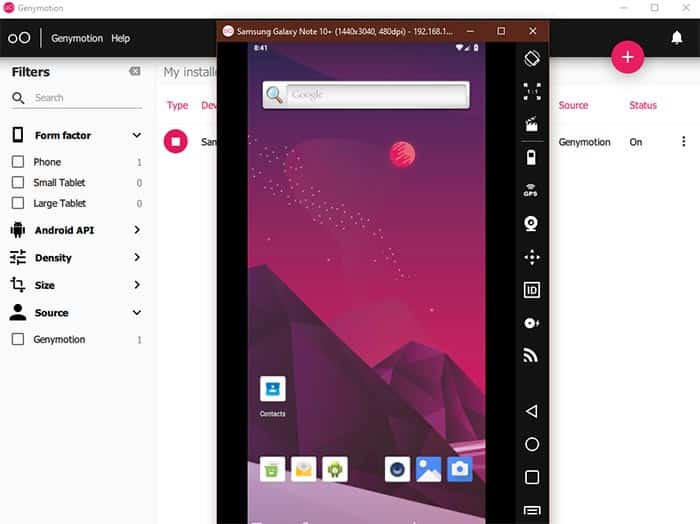 You can run the latest version of Android on different handsets, ranging from Galaxy to flagships like Samsung S10+, and beyond. Custom settings mimicking different phones can also be set up.

Genymotion runs inside Oracle VirtualBox, which is available as a bundled downloaded. Users can opt for standalone Genymotion installation if they have a Virtualbox such as Oracle or Android studio installed.

Genymotion is available in enterprise, business, and personal edition. The own version is free to use while the market, enterprise editions have a trial period.

Android Studio is a development studio by Google for developing Android applications. Developers use the studio’s emulator for test-running their applications before generally releasing them on Google play.

Apart from development, Android Studio has its Android emulator for Mac and Windows PC for testing apps in a controlled environment. It also has support for Kotlin programming language if any developer would have a different preference. The studio is free to use, and there are limitations on enterprise use either.

It is amongst the most customizable Android emulator for Windows PC. With Memu play, you can run multiple instance of the emulator at once. 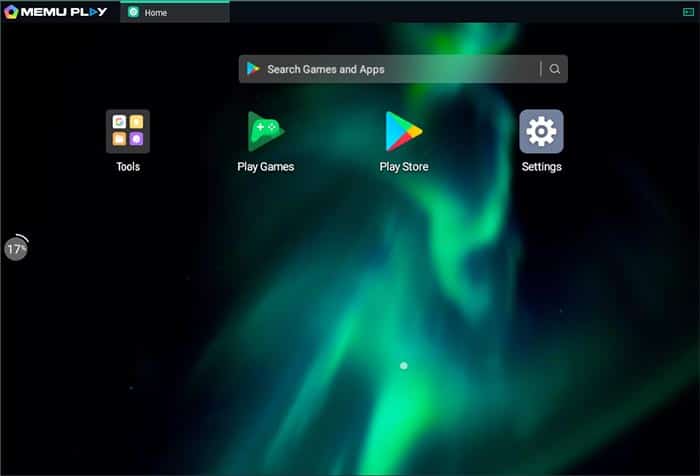 The GPS location simulation on this emulator is amongst best in the segment. It is coupled with better sensor data for improved accuracy while playing Android games on emulator.

When an Android emulator does not feel enough, install an Android OS for PC. It has the DNA for Android gaming on emulator while providing a full-fledged Android-based environment.

You can install it on a fast USB flash drive and carry it around with you on the go. Installing the OS is easy, and it can dual-boot with Windows/ MAC if required.

Play MOBA games such as Mobile legends, Raid: Shadow Legends with keyboard, mouse-like it is designed to be. Have that extra-edge over other players and dominate the games you like.

PrimeOS is not your everyday Android emulator for PC. It is an operating system that can be installed on a partition of your computer’s storage. It provides a complete desktop experience like Windows or Mac OS. 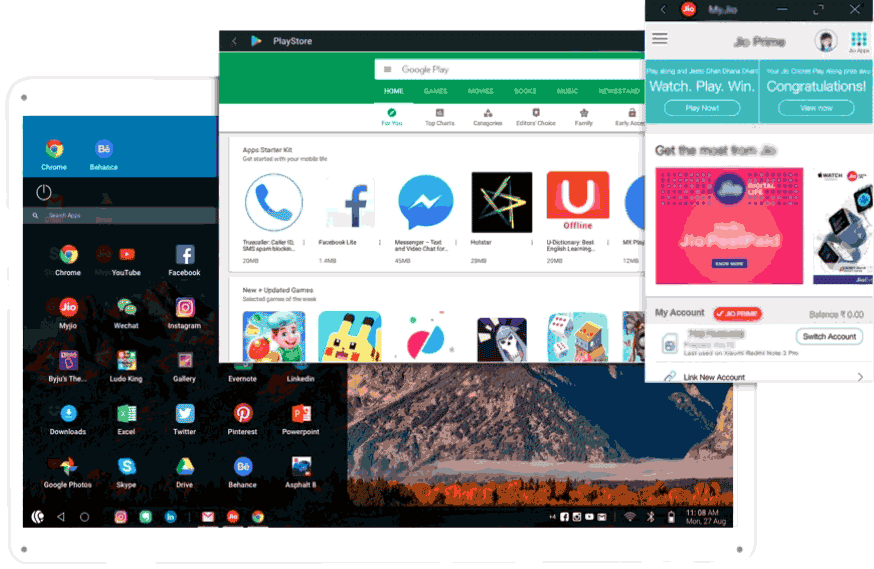 The open-source operating system is based on Android x86 infrastructure. In the appearance department, it is similar to Chrome OS while being distinctively featureful.

Amongst the most distinctive feature is the gaming center, which is designed for enhancing the Android gaming experience on PCs. Like PhoenixOS, you can multitask, use it for other purposes, such as watching videos, preparing documents, and more.

10. Make your Own Emulator

You can create your own Android emulator for Windows PC and Mac computers. Take virtual box like Android Studio or Oracle’s Virtualbox and head to Androidx86 for acquiring an image of the Android OS.

Follow the instructions given on the website to run Android on PC in half an hour. The installation process can be tricky for first-timers so follow the steps carefully. There are installation guides on YouTube which are easy to follow and apply.

These were 10 of the best Android emulators for Windows PC and Mac. They have their drawbacks and points which vary from user to user.

If your PC has less RAM and low specs, You can check on the list of android emulators for low-end PCs.