Apple and its iOS ecosystem has some amazing apps that are not available for Android and other mobile operating systems.

Many people who don’t own an iPhone want to run iOS apps on PC for various purposes.

Some want iOS emulators for PC to run iOS apps from their iPhone or iPad on their computer or to play iPhone games on their Windows PC.

Or for a user who doesn’t own an iOS device and wants to run an app from the Apple app store on his PC. You can use an iOS simulator for PC in this case.

Meanwhile, professional app developers use iPhone emulators for testing apps before they can push their apps into production.

iOS emulation software mentioned in this list is mostly free to use with a few that provides trial period use.

We have tested and compiled the list of best working iPhone emulator for PC that runs iOS Apps on both windows and MAC PC.

Appetize is a browser-based iPhone emulator for PC to run iOS apps on Windows and Mac without installing any program. It emulates iPhones ranging from iPhone 4s to iPhone 11 pro, with more being added as they are released. 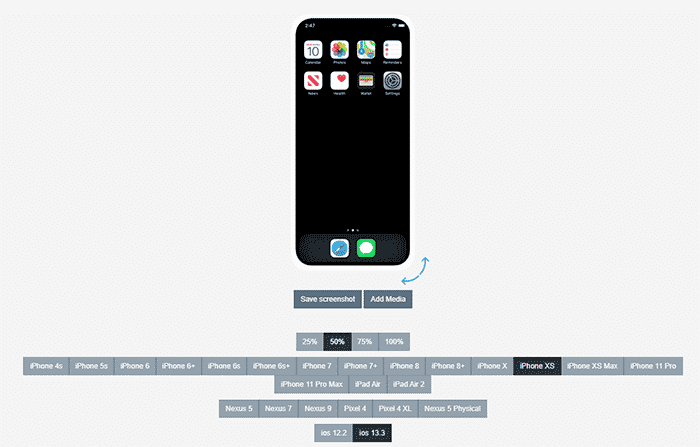 You can choose the iOS version on the phone, depending on the model of the iPhone selected. The phone can be turned horizontal for landscape mode view.

The iOS emulator allows you to upload your apps for running on the prototype phone. You can also add photos on the iPhone and access them from the photos gallery.

Multiple apps can be installed in one instance from the dashboard by using the App group feature. 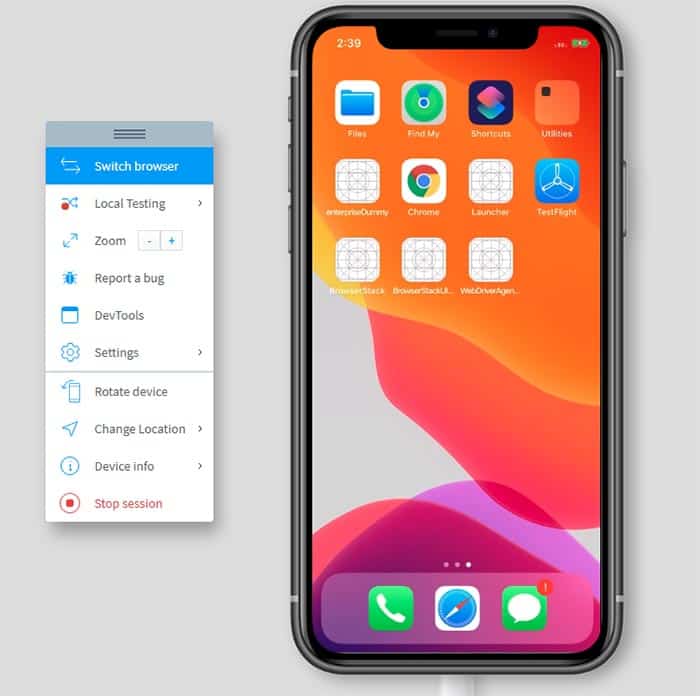 The browser-based emulator has iPhone emulators ranging from model iPhone 5s to the latest one in the trends.

You can surf in the iPhone emulator through the official Safari browser or Google chrome. There is a local app available for download to use the emulator for local Urls for iPhone. The location of your device can be changed as well on the emulator.

BrowserStack only allows upto 1 min of the live session on the iOS emulators for free. For longer sessions, you will have to subscribe to their premium plan.

Third on the list of emulators of iPhone is Electric Mobile studio. It is a standalone emulator application for Windows PC. 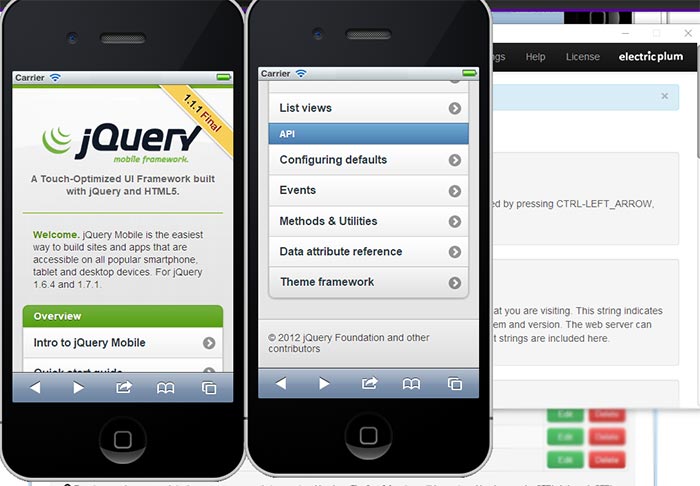 The emulator supports upto iPhone 5s with upto iOS 7. User can run multiple instances of iPhone emulators at once with different preset settings. You can control them together with the group control feature which shows the iPhone devices in a tiled view.

The user has the option to set custom display resolution as per their liking, coupled with portrait and landscape mode. Web surfing is pretty much the key function of this iPhone emulator.

There is a 7 day free trial for usage. Post the trial period, users will be required to pay for continuing to use the application.

Xcode is an application development environment by Apple for developing apps for iOS and Mac. Apart from the development tool, it also has an iPhone emulator for Mac computers inside Xcode itself. 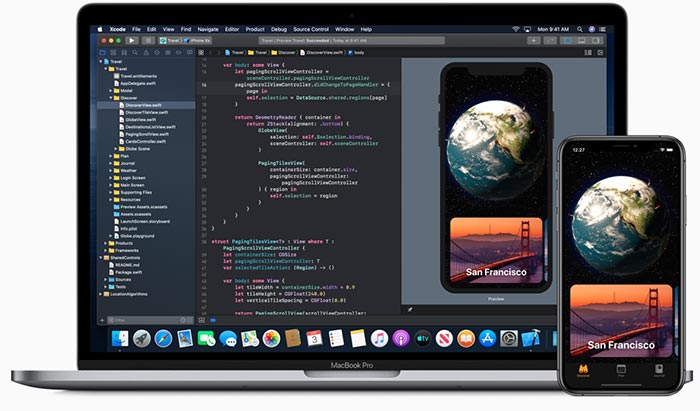 You can use the emulator like a standard iPhone for testing apps. It is on the harder side to operate for novice users of computers. Therefore, it is not recommended for people who are not good at operating computers. Consider taking the help of someone with computer proficiency.

The iPhone emulator can be set to emulator all the Apple phones released in the last 5-10 years. You can launch an iPhone emulator on the Mac computer by following this discussion on StackOverflow.

TestFlight is another iOS app testing application, which is now owned by Apple. The primary purpose of TestFlight is to run iOS apps on Mac before finalizing them for the app store.

It is an iOS simulator for Mac for developers to test their apps. The UI is on the more accessible side, and prominently easier to operate.

Average computer users can use the emulator on the application as well.

The app supports apps for iOS, tvOS, and watchOS. They also allow external beta testing by invitation through which you can invite users. Other developer can test the app and provide valuable feedback.

Fans of the older models of the iPhone would undoubtedly love this emulator. iPhone4 is an online emulator that lets you emulate an iPhone 4’s web browsing experience. It does not have any other apps available that can be run. 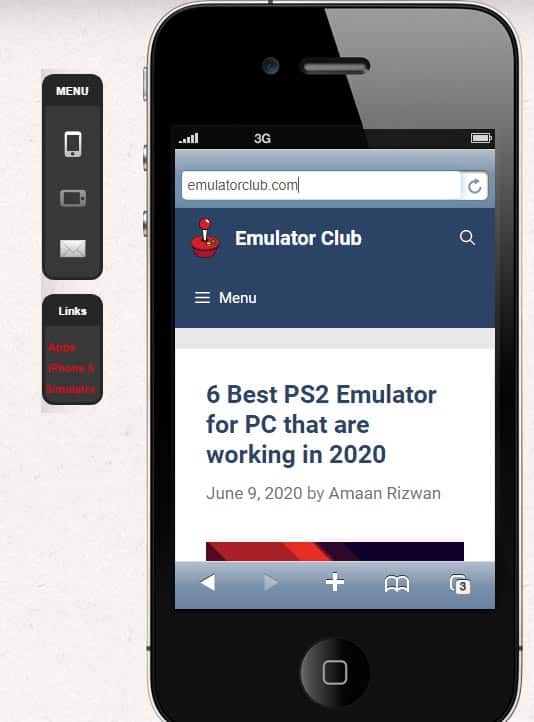 It is suitable for users who would want to test their websites on iPhone 4 phone without installing any application or software. You can surf websites through the iPhone emulator’s browser.

The emulator is pretty basic and has a feature for landscape mode in the display. It turns the phone mockup sideways to create landscape mode.

This iOS emulator for Windows 10 PC and Mac is developed by the same developer, as mentioned in the last emulator. It is also a browser-based emulator. 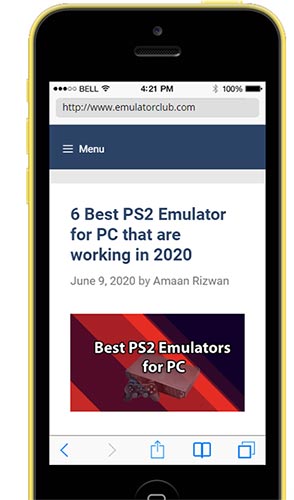 Moreover, the features are identical to that of the iPhone 4 emulator. It has the standard landscape mode with the Safari web browser to surf websites online.

Additionally, you can also check out the standard iPhone 5’s emulator.

Air iPhone is an iOS emulator for PC that has a UI similar to iOS 6.0. It required Adobe AIR framework to run on your computer. 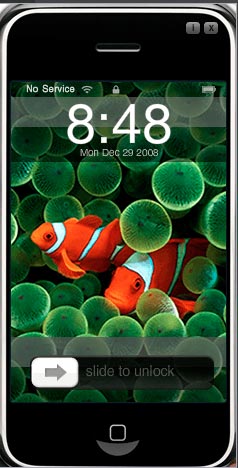 You can use it to get the real feel of iOS before getting an iPhone. The installation is more or less easy if you have Adobe AIR installed before-hand.

It has a simple, yet interactive UI, resembling that of an iPhone device. The biggest drawback of this emulator is that it does not support Safari or the App Store.

iPadian is a very popular iPhone emulator for Mac that offers a sleek, clean user-interface for running iOS apps on PC. They have over 1,000 apps of their own. 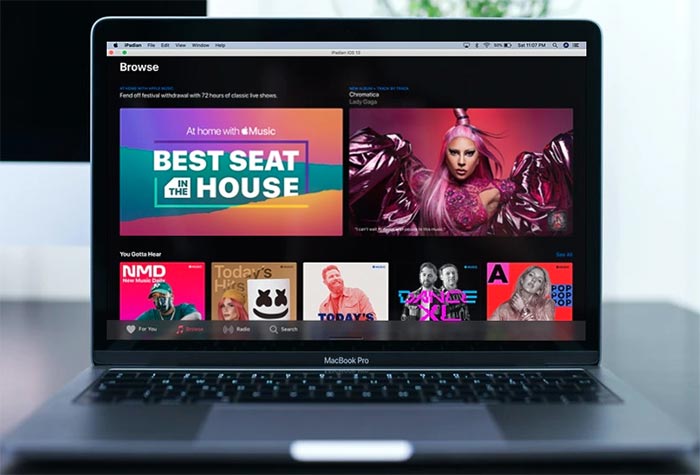 You can play iOS games on PC and run thousands of apps available for iOS across different app stores. However, they do not allow apps directly from Apple’s appstore.

For running iPadian, you will need Adobe AIR installed on your MAC. The app boasts a price of $25 and does not have a trial available as of yet.

Visual studio 2017 onwards, you can try the iOS emulator plugin in their application itself.

It will emulate iOS on Windows and Mac like user-interface including options like home, lock screen, screenshot, shake gestures and more.

Apart from the standard features,  you can also use touch gestures like swipe, pinch, and multi-finger. They can be enabled from the settings option.

The iOS emulator runs inside the Xamarin.iOS environment which needs to be set up before trying the emulator. You can install Xamarin from the guide given here.

These were the best iPhone emulators for PC( for both Windows and Mac). If you have any other emulator that deserves a place in this list, then let us know.