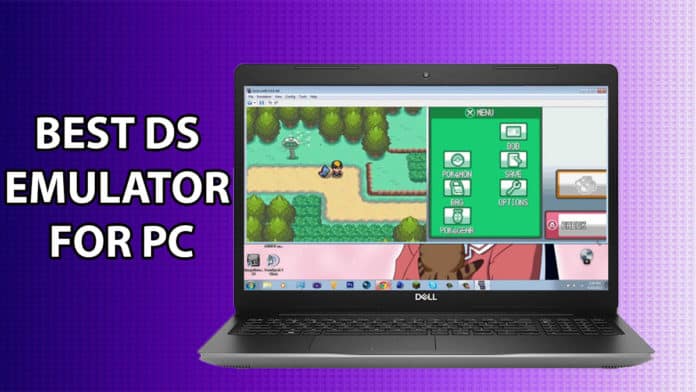 Nintendo DS is a handheld console by Nintendo that took a year to gain momentum. After that, it became a hit amongst the fans, with over 154 million devices sold.

At the time, it was amongst the first handheld console to be introducing a touch-screen, with the lower portion being a touch screen.

The console’s updated version know as “DS Lite” was released after 2 years of the DS. It had better screen brightness, lesser weight, and smaller in size with the same in-game features.

As a DS aficionado, you can still play Nintendo DS games using the emulator on a PC. You will need an emulator, which we are discussing forward, along with the original or borrowed ROM and BIOS dump.

Here are the best DS emulators that you can use to play pokemon games, The Legend of Zelda, Super Mario, and other Nintendo DS games on your PC.

When there is talk of emulators, this bad boy just rises to the occasion. RetroArch has the most interactive UI amongst all the Nintendo DS emulators. Using the cores, it emulates games of different emulators.

Moreover, if you are a gamer who likes to stream retro games online via Twitch or YouTube, use the in-built streaming feature. Apart from the normal gaming sessions, there are many customization settings for making ROMs work on the emulator.

There is Netplay for hosting and joining gaming servers to play multiplayer DS games. With its broad compatibility, take it for a spin on different platforms such as handheld and TV consoles, media streaming devices, and more.

No$GBA is no stranger when it comes to DS emulator for PCs. We mentioned it in our post about the best GBA Emulators for PC as well. 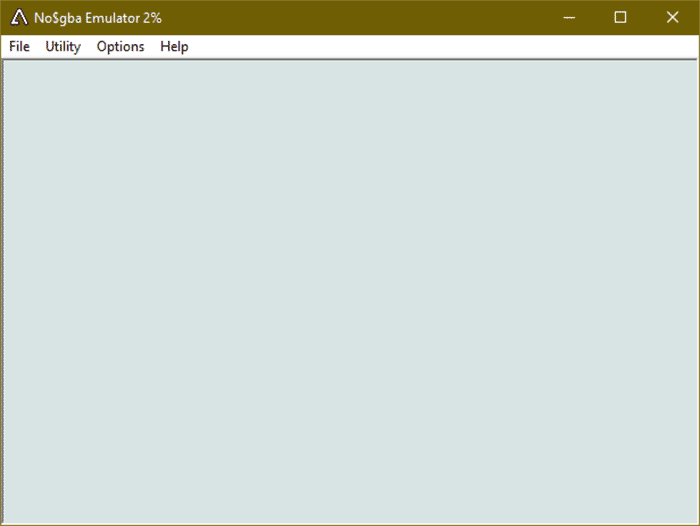 While being feature-rice, it is amongst the lightest emulator out for gaming. There may be limits in the graphics department for this emulator, but its ability to run flawlessly in low-end, older computers makes it stand out in the crowd.

Secondly, there is an experimental multi-player feature that the developers promise to make better soon. Let us keep on fingers crossed for that.

One of the old boys in our list of emulators for DS, but it gets the job done flawlessly. There is a lot of information that can be displayed on the screen such as lag counter, FPS, controller, microphone, and more. The emulator runs both on Windows and Mac. 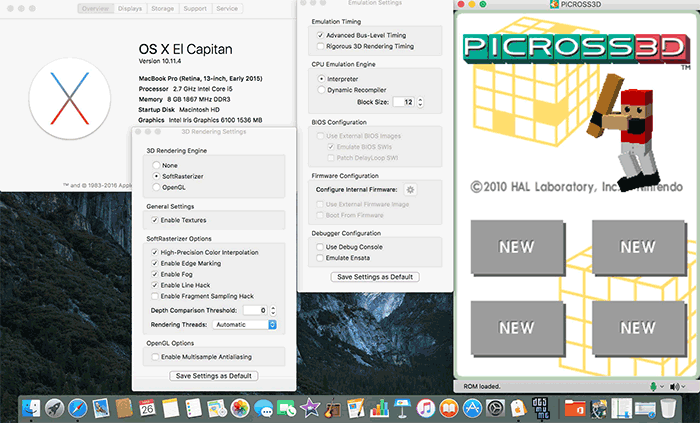 Additionally, the LCD layouts of three types -Vertical, horizontal, and one LCD are available to provide a DS like display.

On top of that, gamers can record their gameplay directly with a hotkey, in AVI and WAV format. Although I’m not a fan of the recording formats, it is a lag-free pursuit as compared to recording on other emulators.

As the competition for the best Nintendo DS emulator for PC heats up, DeSMUme is all out with advanced features.

Backed by a wide array for GPU support, there is an extensive range of GPU settings to utilize every ounce of power from your computer’s graphics unit.
Moreover, there is a USB controller support, as well as a cheats manager.

Some of the commercial Nintendo DS games run smoothly on this emulator, which is available for Windows as of now.
Similar to the real Nintendo DS, two screens can be emulators on this DS emulator for PC as well. 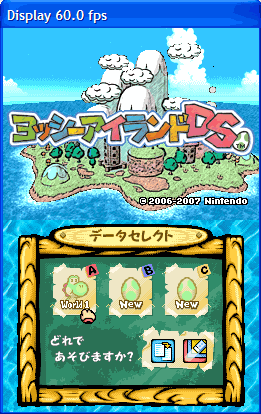 While the new standard WASD keys work effortlessly for the general control, the J, K, U, I, Y, O emulate the other keys of the DS perfectly without fail.

Talking about FPS, gamers will get 40-60 FPS in most of the compatible games. Some lower-end PCs may struggle with providing higher FPS.

DuoS is all about playing Nintendo DS games on PC as fast as possible. You can associate all the .nds files opening directly in the emulator from the one-time setup. 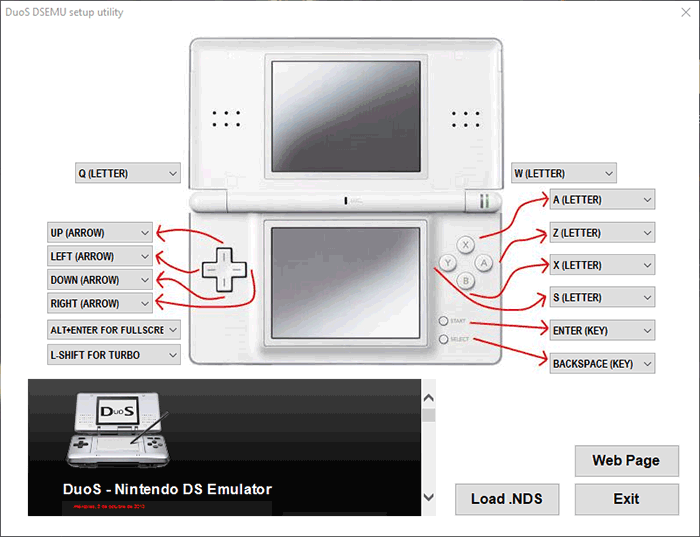 Launch the emulator and locate your ROM files to start playing games immediately. There is no setup required, apart from the controller keys, which are there on the main screen itself.

Moreover, there is a support system embedded inside the emulator from where you can visit the website of DuoS for details, specifications, and support.

The only downside we could find was the lack of customization and features. Although it is not fair to expect fancy features in software meant to be simple and easy to use.

When we talk about running Super Mario 64 on DS, iDeaS is amongst the best DS emulator for PC that comes to our minds. 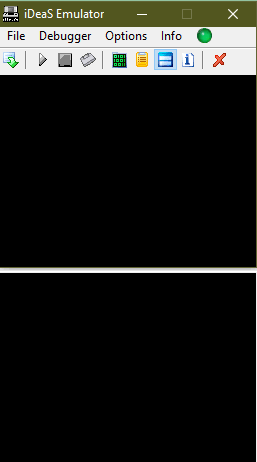 Amongst the most notable features are the plugins, which are key in emulating DS on PC. They consist of 2D, 3D, audio, webcam, and WiFI, etc.

Secondly, gamers get a split-screen by default, which can be configured separately. Additionally, there is a special Guitar Hero Grip key configuration for playing Guitar Hero game. 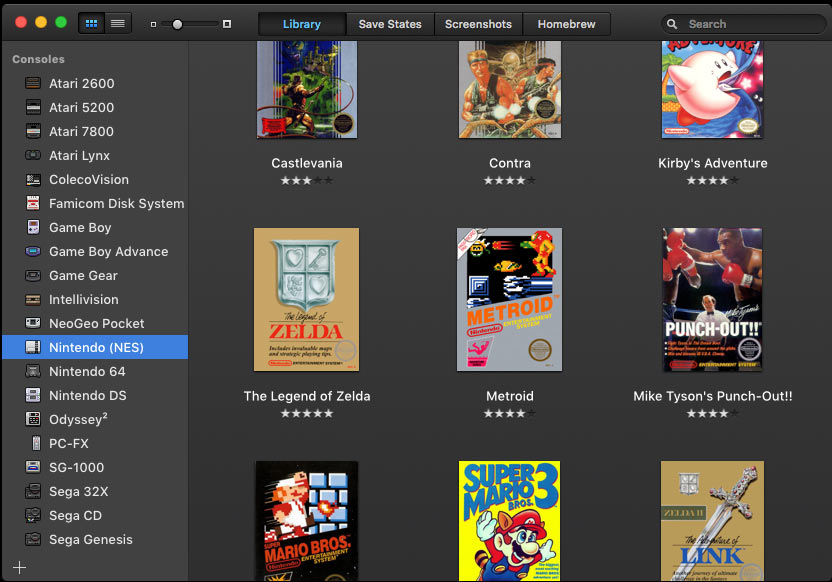 With the minimalist, streamlined UI, gamers will have no difficulty browsing and playing DS games on Mac PCs. In the list of premium features, you can scan the games, which will look through your entire computer for ROMs of games.

After that, when the game gets added, box art will appear in the library for the game, downloaded from the online database.

Apart from the front-end, it has a wide range of support for different gamepads.

A run out of the mill DS emulator for PC is similar to No$GBA in UI and functionalities. 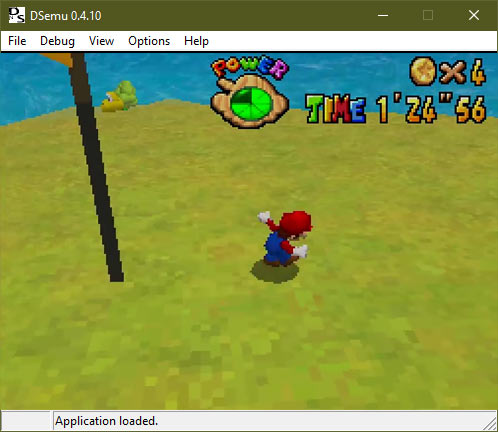 Users can limit FPS, change keys, and save states while there is a lack of gamepad support, which might drive away a few DS enthusiasts.

The emulator can run both DS and GBA games without much difficulty. Other than that, the settings are pretty standard which you will find on virtually every other Nintendo DS emulator.

This is where we get into the uncharted waters. Dualis’s development stopped a while after it picked up the pace. Don’t expect extensive compatibility from this emulator. 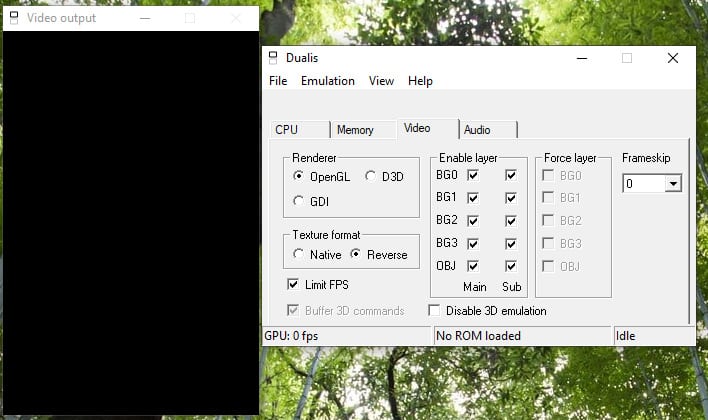 The settings page next to the visual window is permanent and willstay prominent. In the graphics department, we have the option of OpenGL, D3D, and GDI.

You can play around with textures but, there is a narrow room there. Unlike others, there is a single window with a split-screen.

Wrapping up with the last Nintendo DS emulator, melonDS makes a late entry to the party. The updates have become consistent in the recent times. As a result, we have witnessed a steep growth curve. 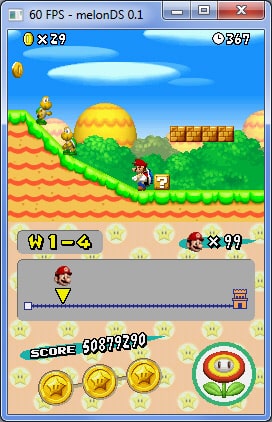 Unzipping ROMS from the dump and then loading is a hectic task. You can import the zipped files directly into this DS emulator.

Swerving into controllers, you can plugin your joystick for the joy of it. Keyboard based controls work line a fine wine too.

These were some of the best DS emulators for PC to play Nintendo DS games without the console. While the development of DS emulators, apart from multi-platforms has certainly slowed down, you can still play popular game titles on either of the emulators.