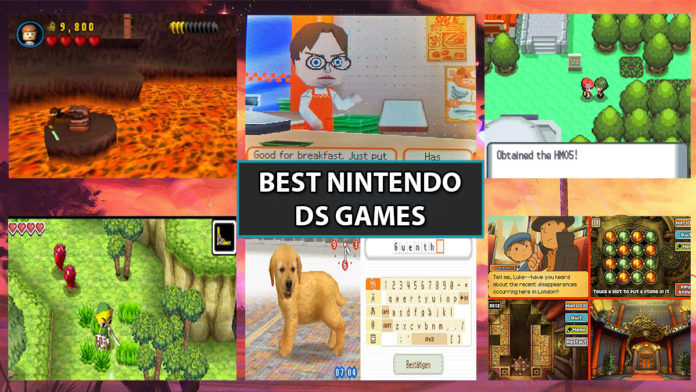 Nintendo looked to imitate the success of Game boy Advance with the new Nintendo DS. What they didn’t was that it will set a new record for the handheld consoles.

Inspired by the predecessor’s form factor, the DS sported two LCD screens. Which was a giant leap forward in the segment in respect its primary competitors.

With any successful product, there were some cheap knockoff of the DS, primarily sold in third world countries. They ran games the same games with their different port version.

There are over two thousand games for the console. It would be futile to go through all the games to find the ones you fancy.

Hence, we have compiled the list of the best Nintendo DS games that you can play right now on your Nintendo DS or emulate on Your PC.

Press the Pause Button – Nintendo DS consoles are hard to score now. That shouldn’t stop you from playing your favorite DS game. Check out the best Nintendo DS emulators

The 20 Best Nintendo DS Games Of All Times 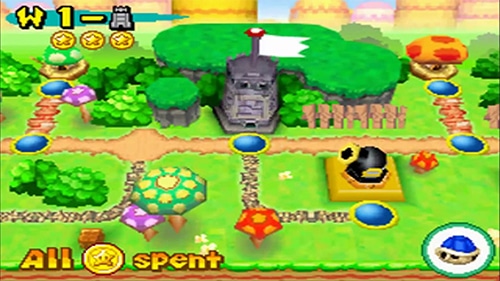 We start with the best Nintendo DS games in terms of sales. Another game from the Super Mario franchise, the 2D installment, doesn’t disappoint.

As a character, you play Mario, who fights and dodges through various obstacles, henchmen of Bowser. His mission? To rescue Princess Peach.

The side-scrolling game has 2.5D effects with 3D polygonal models in a 2D environment. But wait, there is more. New Super Mario bros. has a multiplayer mode where Mario and Luigi are pitted against each other. 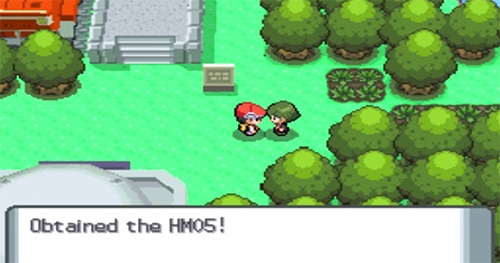 Everyone is familiar with Pokémon unless you are living under a rock. The fourth generation of the Pokemon game series has been one o the best games to play on Nintendo DS.

The game revolves around a new Pokémon trainer. He aims to become the Pokémon League champion by collecting and training Pokémon. We have 8 different gyms, led by different leaders, professional trainers.

As similar to its predecessors, the gameplay is along the same lines. You wouldn’t get bored with the day-night cycles with the addition of afternoon and evening to the phase.

Here we have a game that is different from the lot. Nintendogs is a pet simulation game where you keep a pet and do various things like a regular pet owner.

Train, walk, pet, brush and wash your virtual pet. The dog gets better to handle as you more time with him. You can keep three dogs at a time in the dwelling.

A player can create voice commands which the dogs would understand after a certain amount of training. 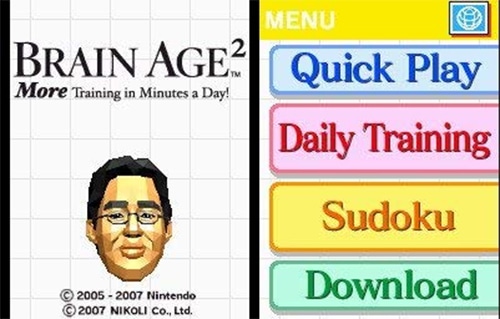 Puzzle fans, gather around, Brain Age 2 is just the game you need. Before you start playing, a brain check is performed to determine your age, between 20 to 80 years.

Then begins the minigames, based on your age. All in your, we get 6 different minigames: Symbol Match, Serial Subtraction, Math Recall, Rock, Paper, Scissors, Number Memory, and High Number.

There is a training mode, which includes the likes of word scramble, calendar count, Block count, amongst several other things. That should keep you hooked up for a while. 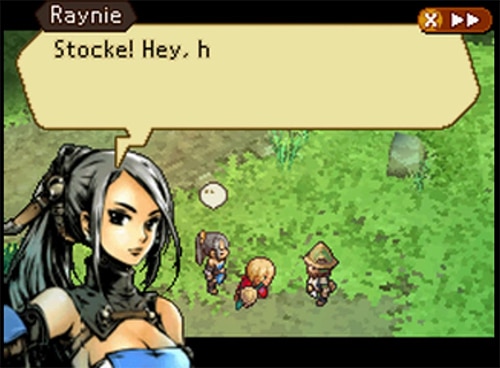 Set in the fantasy world, the main characters travel across the war-torn continent of Vainqueur. As a player, you explore the game from a top-down perspective.

You will travel through different timelines called the nodes, following various stories. Everything will depend on the White Chronicle book, which is handed to Stocke, a key protagonist of the story.

And for weaponry, you will be equipped with a sword, which can shun the enemies. Stocke will travel through two timelines to complete the mission he is sent on. 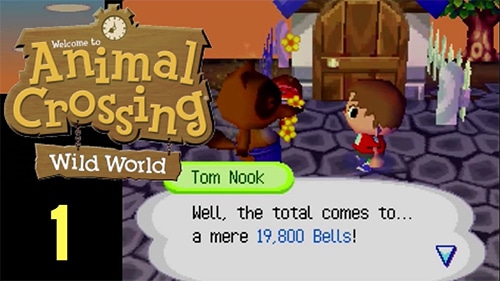 Animal Crossing: Wild World is an open-world game like the other installments of the series. You play as a human who has recently moved to a village where andromorphic animals are present.

The game’s clock and calendar are synchronized with that of the DS. You get a real-time simulation of day and night, along with various seasons around the year.

Nintendo introduced multiplayer for the first time in this series using the WiFi connection. Exchange friends codes and visit villages of the friends. Exchange items, receive and send gifts amongst friends. 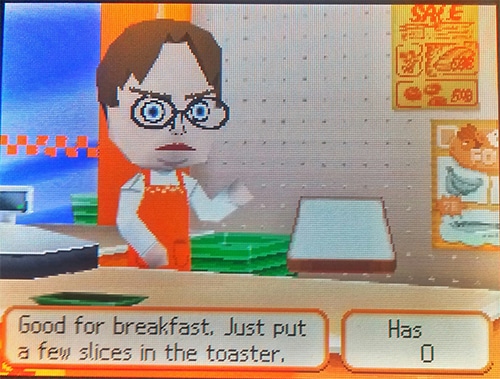 A prequel to Tomodachi Life, the life simulation DS game was received well. Create your own Miis using the in-game Mii maker or transfer one from Wiis.

Similar to real life, you can get into friendships. Players level up by gaining experience and rewards. New areas and shops are unlocked as you progress. 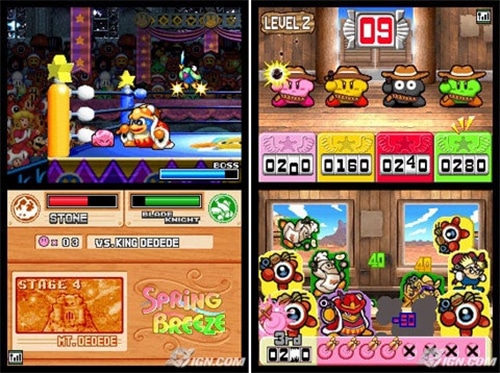 The incredible reception to Kirby Super Star prompted the developers to remake the game for Nintendo DS. It was released on the game’s 15th anniversary.

Housing all the game modes found in the original while adding four new one, including the Revenge of the King. On top of that, we get three new minigames, along with wireless multiplayer, that allow up to 4 players. 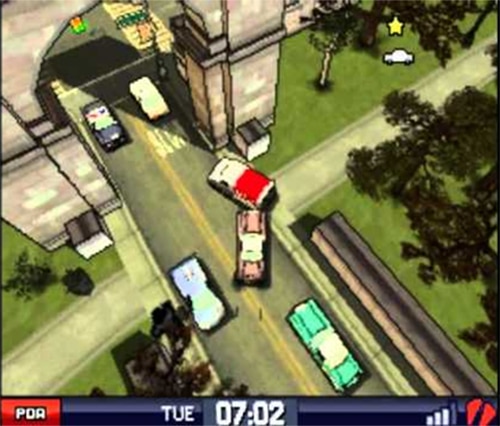 The third person is replaced by a rotation camera above the character. Provides a semi-birds eye view in the game. You pyas the character who goes by the name of Huang Lee. He starts the journey by delivering the Yu Juan sword. Things go sideways and the real story starts to unfold.

Competitive and multiplayer modes are also available in the group through the DS wireless functionality.

10.  The Legend of Zelda: Phantom Hourglass 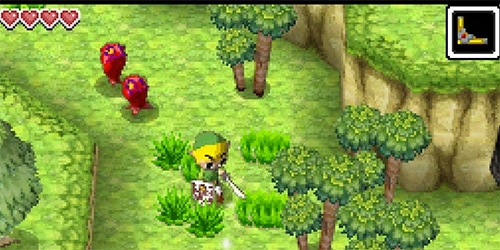 Legend of Zelda has been amongst the most popular videogame series ever to be produced by Nintendo. The Phantom Hourglass takes the baton forward.

You play as Link, the protagonist who is on the mission to save his friend, Tetra, and defeat the antagonist, Bellum. This time, the game is divide into two terrains, land and sailing on the water.

When you get bored of the main game, there is the one-on-one multiplayer that keeps things interesting. 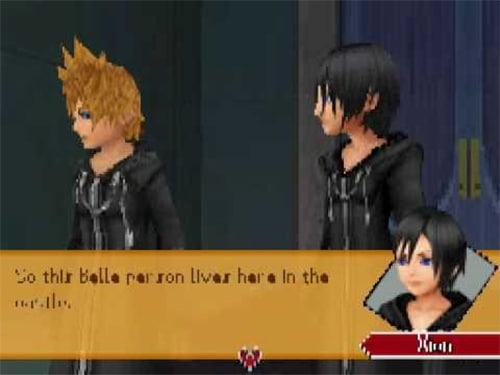 The story is set with the events of the original game and the Chain memories. Playing as Roxas, you travel through various Disney worlds, accompanied by other Organization XIII members.

Featuring multiplayer for the first time, with a separate story from the single player. Being mission based, you can play with up to 4 players. And when you don’; have other players to play multiplayer, you can explore the part with AI-controlled partners. 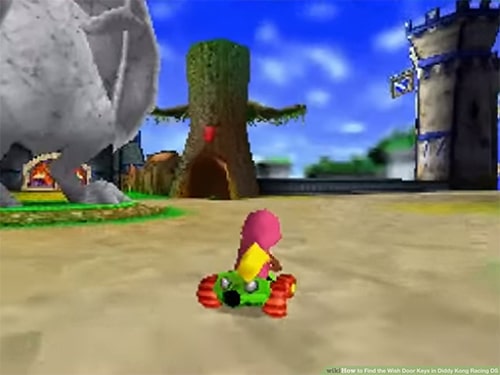 You can play as Diddy Kong and the other nine characters. Out of them, two must be unlocked by progressing in the game. We have access to three different vehicles: car, airplane, and hovercraft. Cars are the slowest on sand and water.

Ultimately the mission is to defeat Wizpig, an evil pig who has conquered their home, Timber island. With his eight friends, Diddy Kong attempts to regain his home and defeat the protagonist.

There is an “Adventure mode” where the player can select the character to progress in the story. With five interconnected worlds, the exploration goes in full swing and zest.

13. The World Ends with You 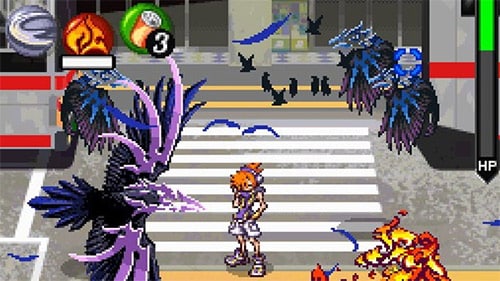 Here we have one of the best Nintendo DS games for the action role-playing genre fans. The World Ends is set in the Shibuya district, inside Tokyo, Japan.

You assume the character of Neku Sakuraba, who dies under mysterious circumstances and is revived in UnderGround(UG), the alternate reality world.

After completing the game, the player can return to any point in time and explore the world. Unlock “secret reports” that reveal the background elements of the main story and events.

14. Professor Layton and the Unwound Future 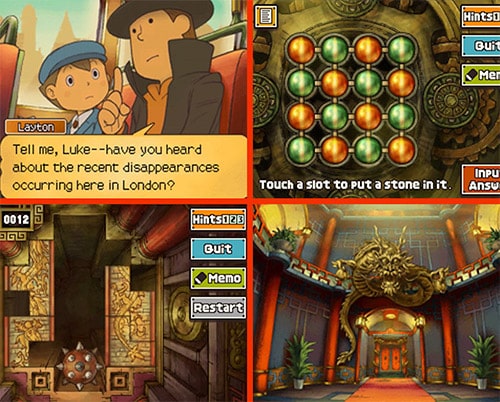 A different puzzle game from others. Your progress in the game by solving puzzles that local citizens offer.

A time machine building experiment by Dr. Alain Stahgun goes south. Now he and the Prime Minister, Bill Hawks, have disappeared. Layton and Luke receive a puzzling letter from the supposed future Layton from 10 years in the future.

They must follow the trail left by their future Layton and make some bewildering discoveries along the way. The story gallops a twist when the group comes across a familiar personality. 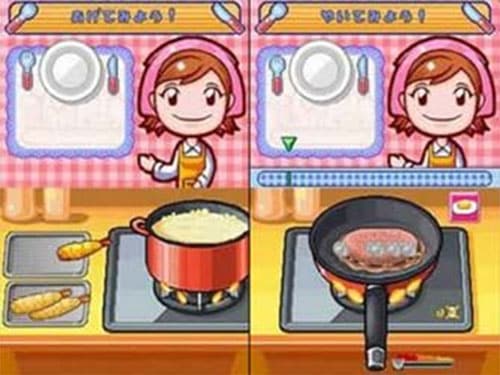 Grab your knives and spatulas, and we go cooking. Cooking Mama is all about cooking meals with the help of DS’s touchscreen.

You are assisted with instructions by Mama regarding different recipes. Using the stylus, the player chops vegetables, slice meat, flipping food in pans, and arranging items on the plate.

The game features 96 dishes in totality; each is considered a task, which must be finished by completing a minigame. Every dish has different rhythms and styles of preparation.

Also Have a Look at the – Best DS Emulators for Android 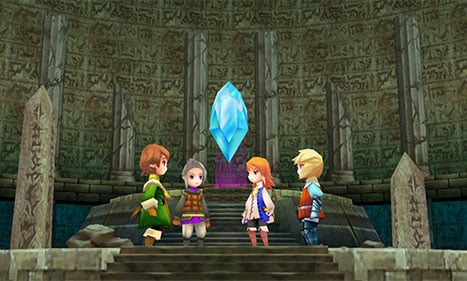 Another popular videogame series that has built a formidable fanbase. The third installment introduced a job-change-system, where the player could change the character’s job.

The character class makes a comeback, focusing on four orphans. Each starts as the Onion Knight, as they progress while switching jobs according to their convenience.

An Earthquake opens up the protected world, which the group explores, making startling discoveries. They find a whole new world beyond the floating continent. 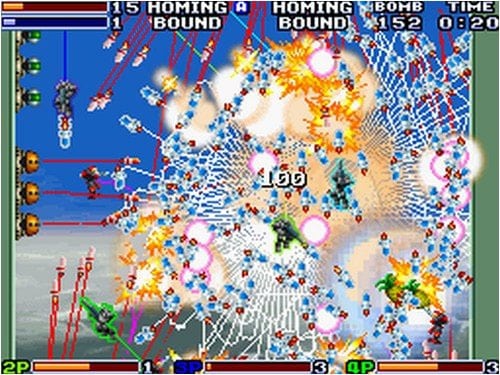 Swerving into the robots world, Bangai-O Spirits has robots that the player can control. It can fly modestly concerning gravity. Weapons include a sword, baseball bat amongst the seven items.

There are over 160 game levels to complete. And that’s just scratching the surface as you can create your levels using the level editor.

Two new pilots have been introduced, Masato and Ruri. You start with a choice of two weapons in the initial stage. 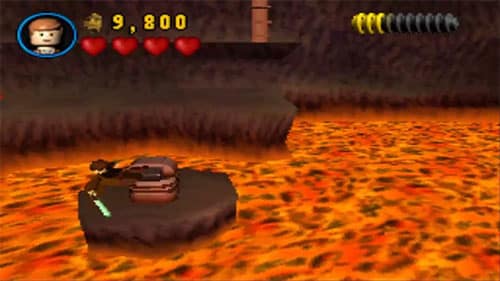 Combine Legos with Star Wars to get this amazing Nintendo DS game. The primary goal is to progress through the game by collecting gold bricks.

All in all, there are 36 levels, 20 bounty hunter missions, and six bonus levels. Some of the levels have been redesigned, while the version remains the same.

Apart from DS, you can play it on iOS, Android, PS3, and Xbox. The difference on the platforms is of some levels, while the gameplay virtually remains the same. 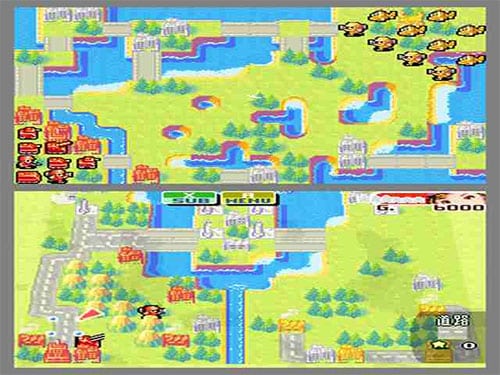 The objective is simple: defeating the enemy line before they destroy what Jake and Rachel call home. The assembled army must defeat the enemy’s army to protect Omega land.

As the army’s commanding officer(CO), we get turns for building defensive units and grids on the map. Unlike the predecessor installments, you can combine two COs for one army.

The wagon doesn’t stop there; we have the multiplayer mode as well – Versus mode and Link mode. 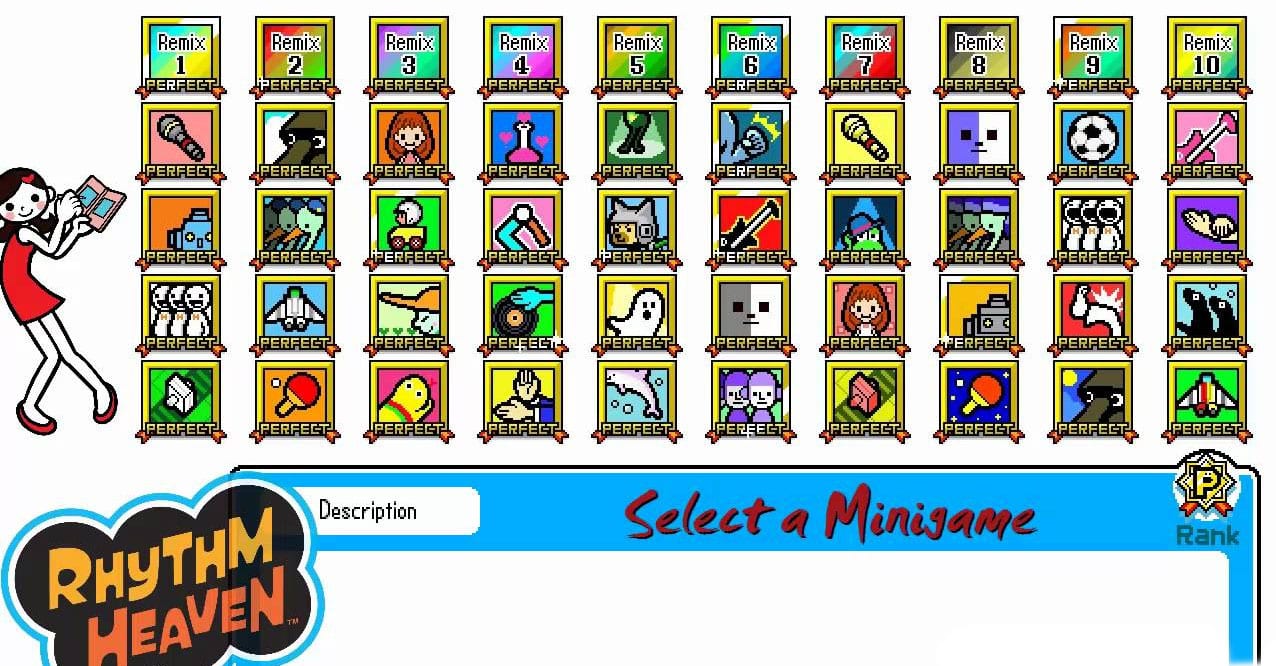 On completing a game, you receive ranks. A rank of “just Ok” or Ok gets you through the level. And when you exceed expectations, the “Superb” rank is also handed out. It comes bearing gifts in the form of unlockable content, items, and more.

This was a non-exhaustive list of the best Nintendo DS games to play right now. There is always room for adding more, so let us know a game that you think deserves a place on the list.

Don’t forget to check Craigslist, eBay for second-hand original copies of the game. You can score a good collection for practically nothing.