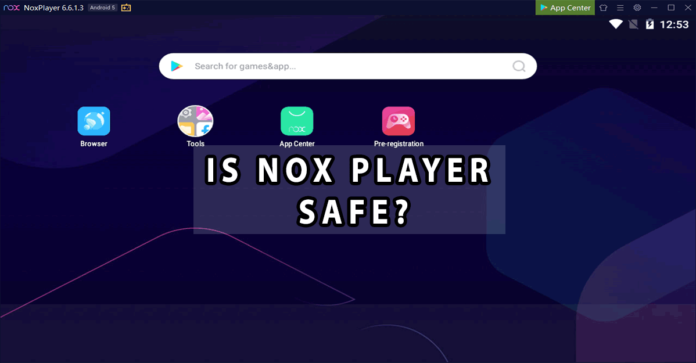 Android emulators have gained traction in recent times. The extra push came from the rise in popularity of games like PUBG Mobile on PC.

Nox player has been marred by accusations of bundling malware along with their installer. The uninitiated might install the additional commercial software, given the misleading language during the installation process.

Being on the thicker side of things, Nox offers Android 7.0 and above, along with macro recorded. Apart from that, it has all the standard features. The user interface is clean, without any kind of ads.

Moreover, the launch time is comparatively shorter than a lot of the Android emulators out there.

Google has been notorious regarding allowing their app store on some of the emulators. Nox has its app store and offers pretty much all the trending apps without the need to log into your Google account.

This year a hacker group gained access to the server infrastructure of BigNox, the company that makes NoxPlayer.

The hacking group gained access to one of the company’s official API (api.bignox.com) and file-hosting servers (res06.bignox.com) using which the hackers tampered and delivered malicious updates to selected victims.

The company later said that they have applied the countermeasures and security updates since they come to know about the hack.

Several users on Reddit, Quora have complained of Segurazo, an antivirus getting installed with Nox Player.

While on the second page of setup, many folks accept without realizing that it’s a consent form for installing the antivirus. It has been in hot waters for the same.

We tried the latest installer from noxofficial.com, which appears to be a secondary site by the developers, offering the same emulator. One of the key difference has been the online installer that the secondary site is offering.

On launching the installation file, it will download the files of the Nox from the Internet.

Along with it, you get another unwanted bundled software – Avast antivirus. You can reject while installing, but the language key and a novice user may end up installing without realizing it.

The thing to be noted here is that the emulator version is comparatively older than the one offered on the official site.

After a load of outrage, criticism, Nox decided to do away with bundling softwares. If you visit their official website, you will get the installation file sans anything other than the emulator in it.

We Scanned Nox to find out if it is safe

Scanning the installation file was on the cards because we don’t take the developer’s word. Consequently, we decided to scan with some of the   the 59 anti-viruses on the platform. 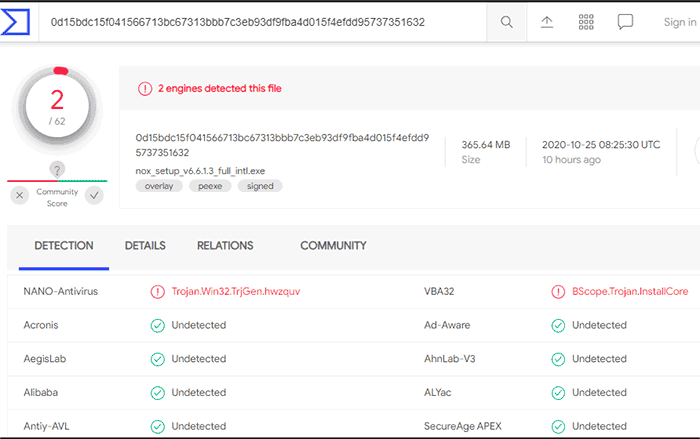 The result was promising for the most part, except when one not so popular antiviruses flagged it as a trojan.

To be doubly sure, we scanned it with Windows Security, which has gone through a significant overhaul in the last couple of years. Windows security found nothing suspicious or wrong with the setup file or the installation itself.

The Road Forward for Nox

As Nox has decided to do away with the bundle softwares, it should look for other legit ways to monetize the users. Revenue will help keep Nox’s development viable for the entire team behind the popular Android emulator.

Perhaps they could go the Bluestacks way by featuring sponsored contents or even non-intrusive ad blocks inside the emulator itself.

We can go on and about Nox and its safety, but the final decision is to make. To be on the safer side, we suggest using a secondary Google account while logging into the Playstore as offered on the Nox emulator.