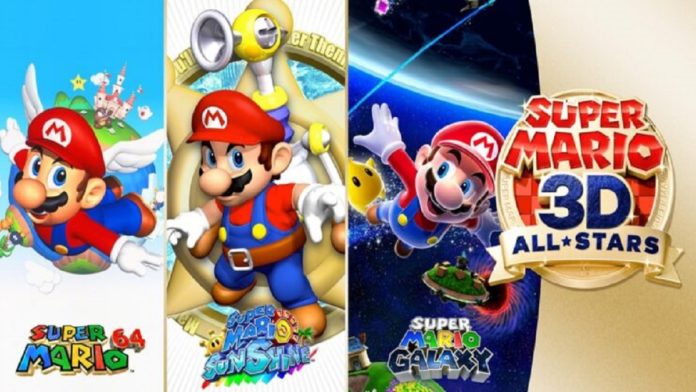 The original versions of these games are almost ten years old. The newer versions will offer increment in graphics quality coupled with heavy optimization for smoother gameplay on Switch.

Days before the official launch, the games have been leaked online. In addition to the emulated gameplay, many technical details about these titles have also emerged online.

Reliable data-miner OatlmealDome has reported on  Twitter, that all three games are emulated. According to him, Super Mario Galaxy and Sunshine run under a Wii and GameCube emulator called Hagi.

Super Mario 3D All Stars has leaked onto the Internet.

It appears all the games are emulated.

Galaxy and Sunshine run under a Wii and GameCube emulator named "hagi"(?) possibly made by NERD (Nintendo of Europe division).

Mario 64 is running under an N64 emulator. Dunno which.

The data-miner also stated that among all three games Nintendo has done the maximum amount of work on Super Mario Galaxy. Well, the original code of this game has been recompiled to run on the Nintendo Switch CPU natively.

Furthermore, the main menu of this game (which has been revealed by Nintendo) has been made using LunchPack. The exact same engine has been used in other popular titles like Splatoon, Mario Maker, and Animal Crossing.

Galaxy in particular is really interesting. It appears they recompiled the original code to run natively on the Switch CPU, but everything else (GPU/Audio) is running in the emulator.

There will be an in-game music-player mode using which players will be able to play both music and songs from these three titles. There will be a limited production of 3D All-Stars and they will be available from Sept. 18 until approximately March 31, 2021.