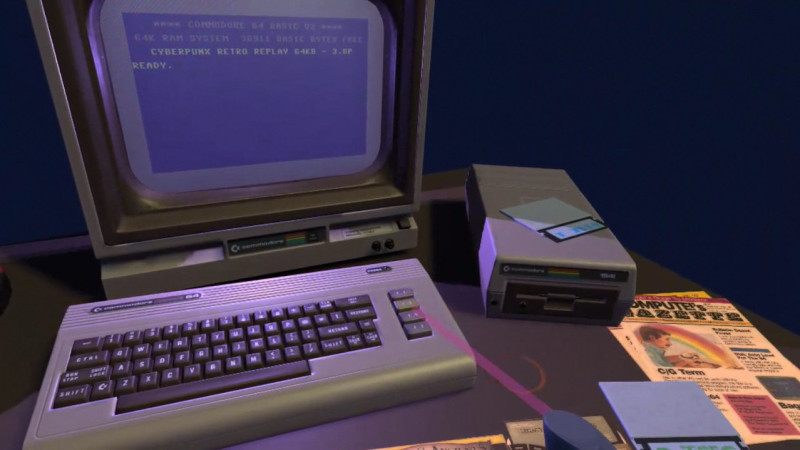 Introduced in 1982, Commodore 64 was an iconic and mainstream 8-bit home computer.

During its prime, CBM 64 became one of the highest-selling single computer models of all time.

Thanks to the recently developed Commodore 64 Emulator in VR you can now use and experience CBM 64 using your existing VR hardware.

To make the experience more authentic the developers have included a CRT monitor, virtual 5.25″ floppy drive, and an old keyboard effect in VR.

At the time of writing this article, the Commodore 64 Emulator is fully compatible with Oculus Quest.

Do note that the Quest version of the emulator includes full Touch support and room-scale locomotion, making it easier for users to walk around the decorated VR room. Most gaming titles of the 80s like Defender of the Crown (1986), Impossible Mission (1984), or Legacy of the Ancients (1987) are compatible with this emulator.

Created by YouTuber “OPEN PC Reviews” the emulator doesn’t come with any ROM. You will have to find and manually install ROMs to play games. To see the emulator in action you can watch the video linked at the end of this webpage.

Owners of Oculus headsets can get this emulator from SideQuest. It is worth noting that the emulator is still in the development phase. According to the creator, there are still improvements and optimizations to be made.

In order to receive help for the development of this emulator Reddit user [omni_shaNker] put out a call for beta testers on Reddit, you can contact this user if the emulator interests you.

Once again to gather complete information about the project you can watch the video linked below.