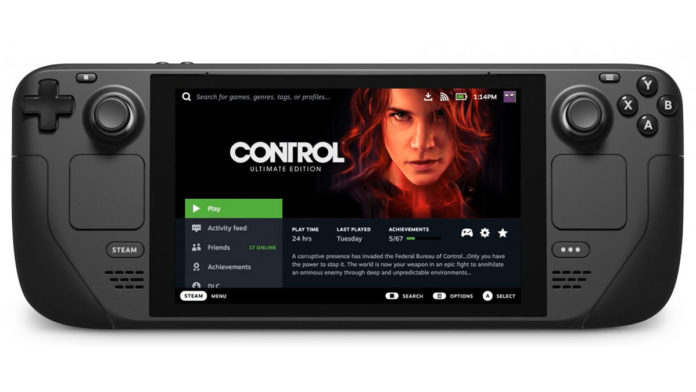 Since its announcement earlier this summer, Steam Deck has got the entire portable gaming community excited. Over the past few months, new features of Valve’s handheld gaming PC have been emerging out of the blue.

The new next-generation consoles feature the ability to instantly resume back into a game right where you left off. This also makes the task of switching between games almost instant. Well, Steam Deck might also have the ‘Fast Suspend / Resume’ feature.

So here’s everything you need to know about the Fast Suspend / Resume abilities of Steam Deck.

According to a recent report from PCGamesN, it seems that Peter “Durante” Thoman has his hands on a Steam Deck. He has stated that the Steam Deck’s “suspend / resume got way faster in the last system update. It’s now literally a second or two”.

When questioned about the stability of the feature, Durante replied that “while they’re not running the tests you’d need to do (i.e. suspending/resuming 100s of games all the time), I can say that since the update that made it fast, it has worked 100% of the time for me”.

In a month-old forum post, Durante stated that “It’s interesting how generally, ‘better’ (Windows) ports run much better in Proton on Deck, even if they are more demanding games”.

“I have several rather low-effort K-T or IF ports that have various issues (none of which should be secret, just check the proton GitHub tracker), but e.g. Valkria Chronicles 4 (still one of the very best ports of any JRPG-style game IMHO) runs perfectly at 150% supersampling.”

For those of you who don’t know, Durante was responsible for the creation of the DSFix mod. This useful mod addressed many of the issues found in the notorious PC port of Dark Souls.

From initial speculations, it seems that Steam Deck is going to be a feature-packed handheld gaming device. Do share your thoughts and opinions on steam Deck Quick Resume speed, in the comments section below.