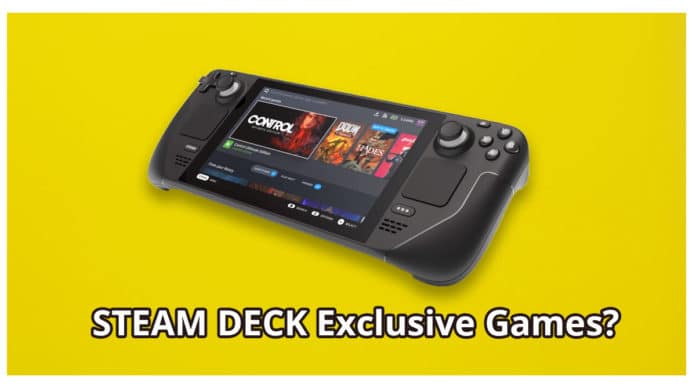 Valve’s bid on the handheld console Steam Deck will be pegged to be released in February 2022(the earlier launch was in December 2020).

As the release gets closer, Valve is spilling the beans for the pre-order customers and fans who are placing their hopes on this next-generation console.

The company has cleared the over speculations of having console-specific games like its competitors. According to the gaming company giant, having SteamDeck exclusive games didn’t make sense.

Since the PC console can run virtually all the games available on the Steam store, there is no need to produce exclusive games.

Powered by the mighty Zen 2(Same as AMD Ryzen 3000 series), along with NVMe SSD(256 GB and above models), there wouldn’t be a bottleneck for the games.

Steam Deck Specifications at a Glance

The Steam Deck is the most anticipated handheld console of recent times. It has surpassed even the Switch in that metric.