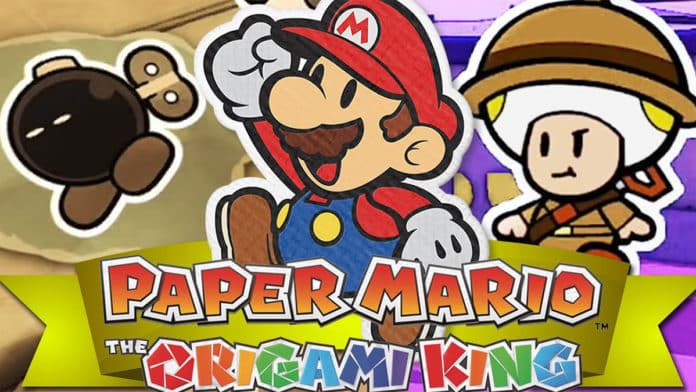 The latest addition to the long line of games on Nintendo Switches is Paper Mario: The Origami King. It was leaked for PCs before the much-anticipated release date.

Threads on resetera are flooded by users posting gameplay and walkthrough of the paper graphics styled game. While the source of the leak is unknown, it has not stopped gamers from playing the game on their PCs.

Nintendo games are known to be leaked before the release, as the history of their releases is evident

About Paper Mario: The Origami King

The newest installment of Mario is unconventional and different from earlier released titles. It has a 3D paper, infused characters emanating origami sculptures like feel.

Talking about the plot setup, we see the turn of the dynamic duo protagonists, Mario and Luigi. They are invited to the castle by Princess Peach for the feted Origami Festival.

Hell breaks loose when the royal and bowser’s minions have turned into foldable origami squares by then nefarious King Olly. Fortunately, Mario, Olly’s Sister Olivia, and Bowser manage to escape the chaos thanks to a shy guy.

How to Play Paper Mario: The Origami King on PC?

Users often play Switch games on PC with their legal copies via the Yuzu emulator. It is a free, experimental emulator that can be used to play Nintendo Switch games on computers.

Sneak Peak into the Paper Mario: The Origami King on PC