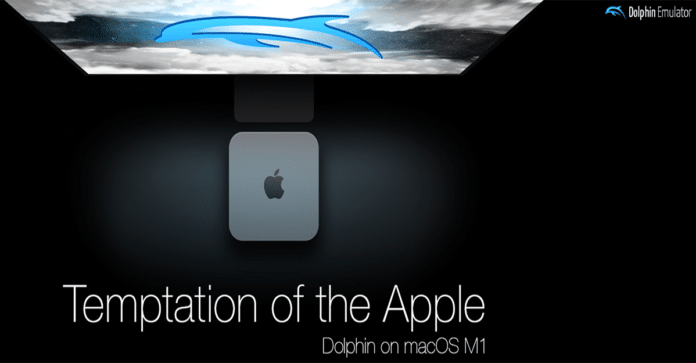 The M1 chipsets have dethroned Intel from the preferred processors on the newer Apple Macs.

Newer machines powered with macOS and iPadOS are taking advantage of the world’s first 5 nm processor.

Dolphin has taken a cue from the potential of Apple’s ARM processor line. They have released the official native emulator port for the Apple M1 Macs.

What does it mean for Apple users?

The Wii and Nintendo Cube emulator has achieved great strides in its genre, with near-perfect compatibility of both consoles.

Apple M1-based Mac users get a more efficient and powerful Dolphin emulator that hits it out of the park.

In a detailed blog post, the developer team has drawn benchmark results to shed light on the remarkable improvements with the M1s.

Emphasizing the native support, the older MacBook pros lag far behind in the overall performance.

Gaming on Netplay has exceeded expectations with perfect synchronization without any delay. The cross-JIT Netplay is finally a reality that was deemed impossible earlier.

While the M1s are exciting, there exist some exciting AArch64 JIT-based devices without relying on mobile hardware. The new Apple processors have room for improvement in the graphics department.

We can only expect more excitement and exploration in the vertical with Apple’s entry.