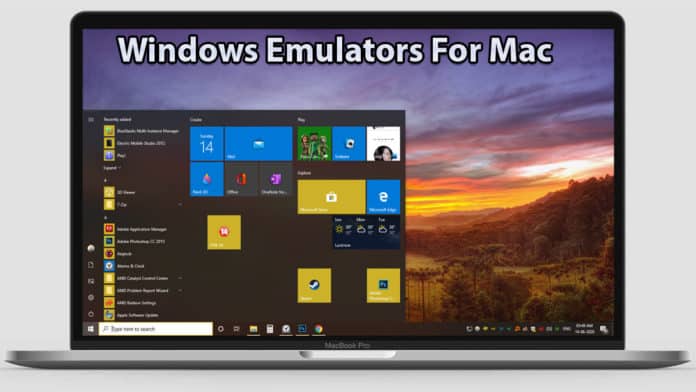 Microsoft Windows has dominated the computer operating system market for decades, average at over 70% across different markets. Accordingly, it has the widest variety of applications for an array of functions.

These apps are not available on other operating systems such as macOS. Therefore, you require a Windows Emulator for Mac to run them on your Apple computer.

What is a Windows Emulator?

Pull the breaks before going further. The term emulator is older than the Mac computers. Back in the day, it was considered as a way to emulate Intel processors on Mac, before Apple started using them on their computers.

Running a Windows software on a Mac’s PowerPC was not a walk in the park. It required extensive software, and parameter calibrations to make it work.

Power through to the present and now Windows software can be run on a Mac computer. All credit to the virtualization, which is a little different from emulation. However, to keep things simple for this post, we consider it as the same.

These are some of the best ways to run Windows software on Mac, with the help of an emulator and virtual machines.

You can play Windows games on Mac with Wine. Wine is not a mere emulator but allows an environment for Windows apps to run on Mac without any hiccup. 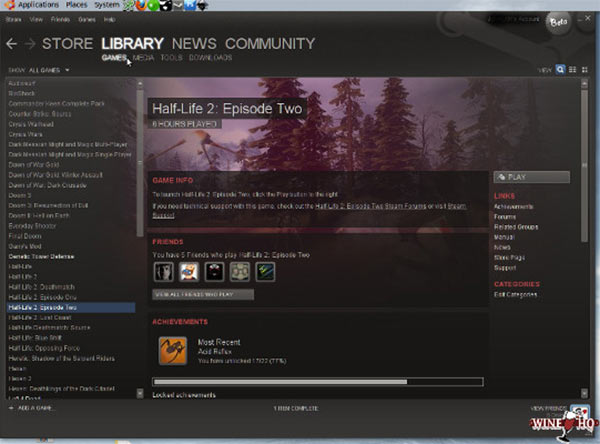 It features backward compatibility for Windows versions as early as Windows 3.1x. They have added support for 64-bit Windows applications in the recent builds as well.

VirtualBox allows you to use Windows 10 and an earlier version in full glory on a Mac computer. It is a better and wholesome experience than all ordinary Windows emulators for Mac who merely run few apps with glitches.

Virtual Machines can be calibrated for the required performance. You can control all aspects of your Windows, including RAM, storage, GPU and more.

Next on the list of emulators for Mac is Fusion by VMware. It is a virtual machine(similar to VirtualBox) to run Windows software on Mac OS based computers. 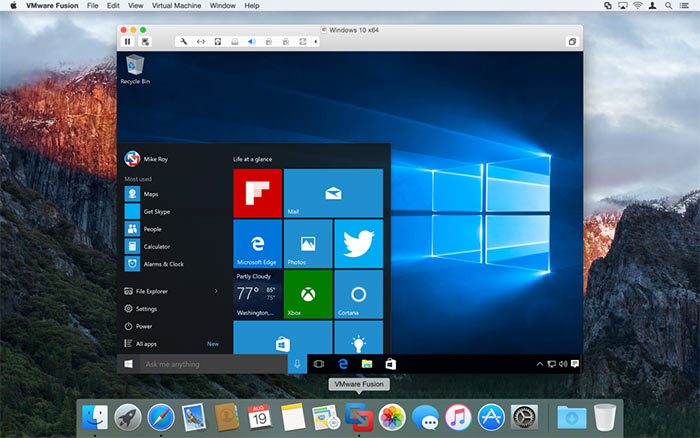 It has an exciting feature called the “Unity Mode”. It allows the virtual machine to display Windows Apps on your Mac OS desktop directly.

Moreover, you can directly launch your Windows emulator(virtual machine) from either the Dock, Launchpad or the Spotlight section. You don’t need to open Fusion to start the emulator.

Unlike VirtualBox, Fusion is a paid software, and it starts from $59 onwards.

WineBottler is a unique kind of Windows emulator for Mac. It allows you to run Windows apps on Mac without the fuss of installing a virtual machine or anything complicated. 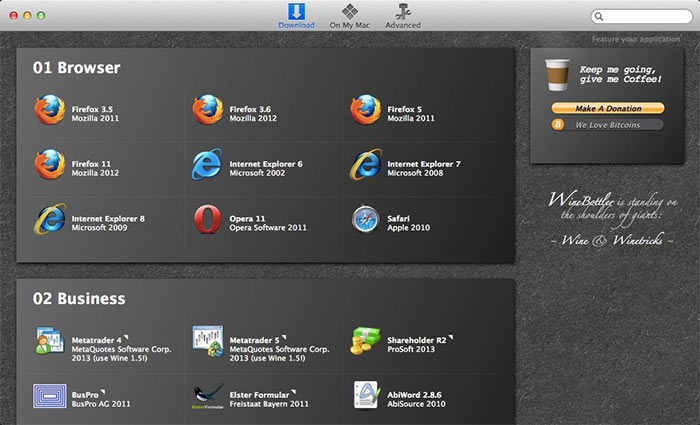 The only major caveat of this emulator is that it does not support all the Windows apps. Its good for playing around with majorly popular apps and testing purposes.

Boot Camp is an excellent utility tool for switching between macOS and Windows 10. The tool by Apple allows you to install Windows as a secondary OS on your Apple computer. 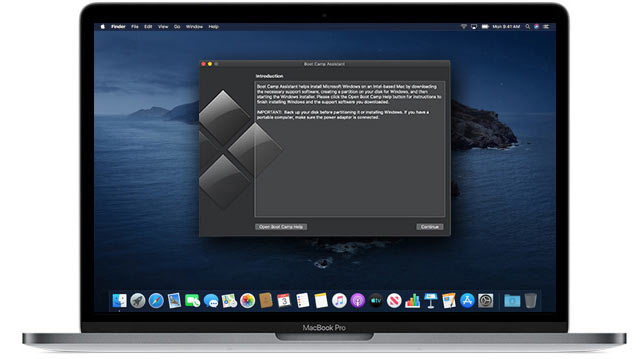 Switch between Windows and macOS by pressing and holding the Option (or Alt) ⌥ key during startup.

You Must Know – Create a separate partition for installing Windows 10. It requires NTFS, which is different from the Apple File System(APFS), and also keeps the partitions in an organized manner.

The next contender in the list of the best Windows emulator for Mac is PlayOnmac. It is based on the WineBottler principle and allows you to use several of the Windows application and games on macOS.

There is a separate library available for different categories of programs and applications on the app itself. 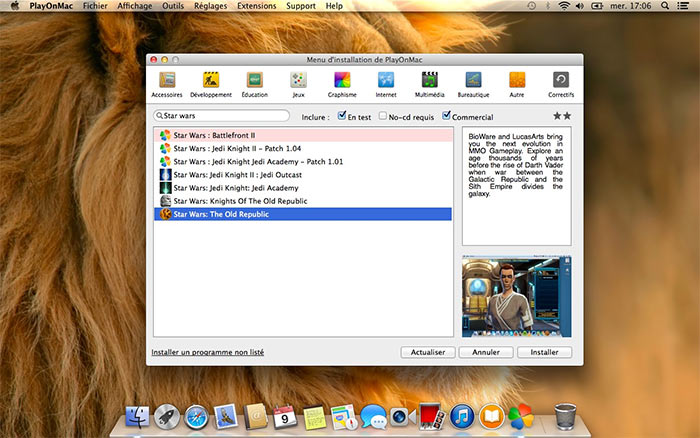 It is amongst the easiest Windows emulators for macOS out there. PlayonMac’s website has an unending compatibility list, which consist of compatible games and apps on the emulator.

Parallels is a combination of Boot Camp and Virtual Machines. You can switch between Windows and macOS without requiring to restart your computer. 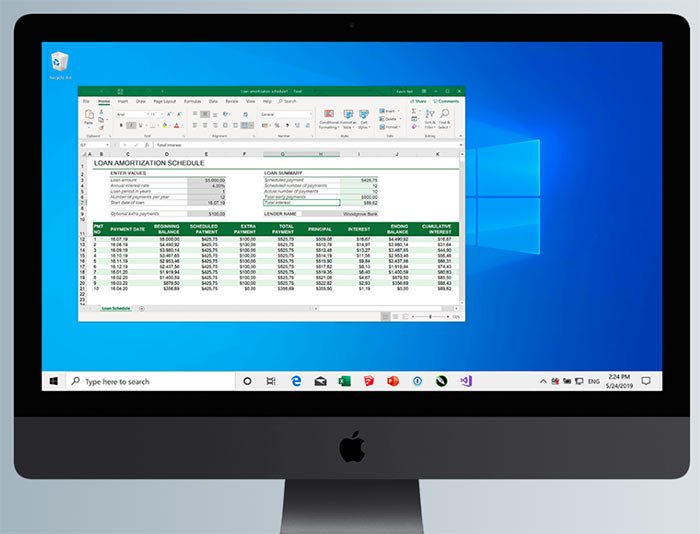 Moreover, you can add shortcuts to Windows apps to your dock for the smooth one-click launch of the application.

Parallels Desktop is a paid application for Mac. It has a 15-days trials available, apart from the standard price of $79.99.

In any case, if you do not fancy using a Windows emulator for Mac, then this might be the one for you. You should have a separate computer with Windows installed.

You can use macOS client on Windows 10 to remote control Windows from your Mac. Use it as a Windows emulator from your Mac computer.

The Windows computer need to be on for this to work,as only screen is being displayed on your Mac computer. The physical hardware still needs to run on the separate machine.

The setup process can be overwhelming for some users. Our advice would be to consult a person with computer knowledge for assistance in setting up Remote Desktop. There is a really helpful guide on the subject by the folks at HowToGeek, that can be found here.

These were some of the best Windows emulators for Mac OS. For users who are looking to have features of Parallels or WineBottler for free, can use Virtual Machines of VirtualBox. There are methods that allow shortcuts to run an application directly just like Parallels.