Dolphin is one of the most feature-packed classic console games emulators available for Android smartphones and tablets. Presently, Dolphin allows users to emulate Nintendo GameCube and Wii. In addition to Android, the emulator is also available for Linux, Windows, and macOS.

The open-source video game console emulator is updated on a regular basis and new features are added to it. In recent features and improvements report the developers behind Dolphin Emulator have shared a good piece of news.

Well, Dolphin Emulator will now allow Android smartphone users to use and manage cheat codes and patches much more efficiently. Do note that, the Android version of Dolphin Emulator always had the ability to use Cheats. That said, it lacked a proper GUI to do so. 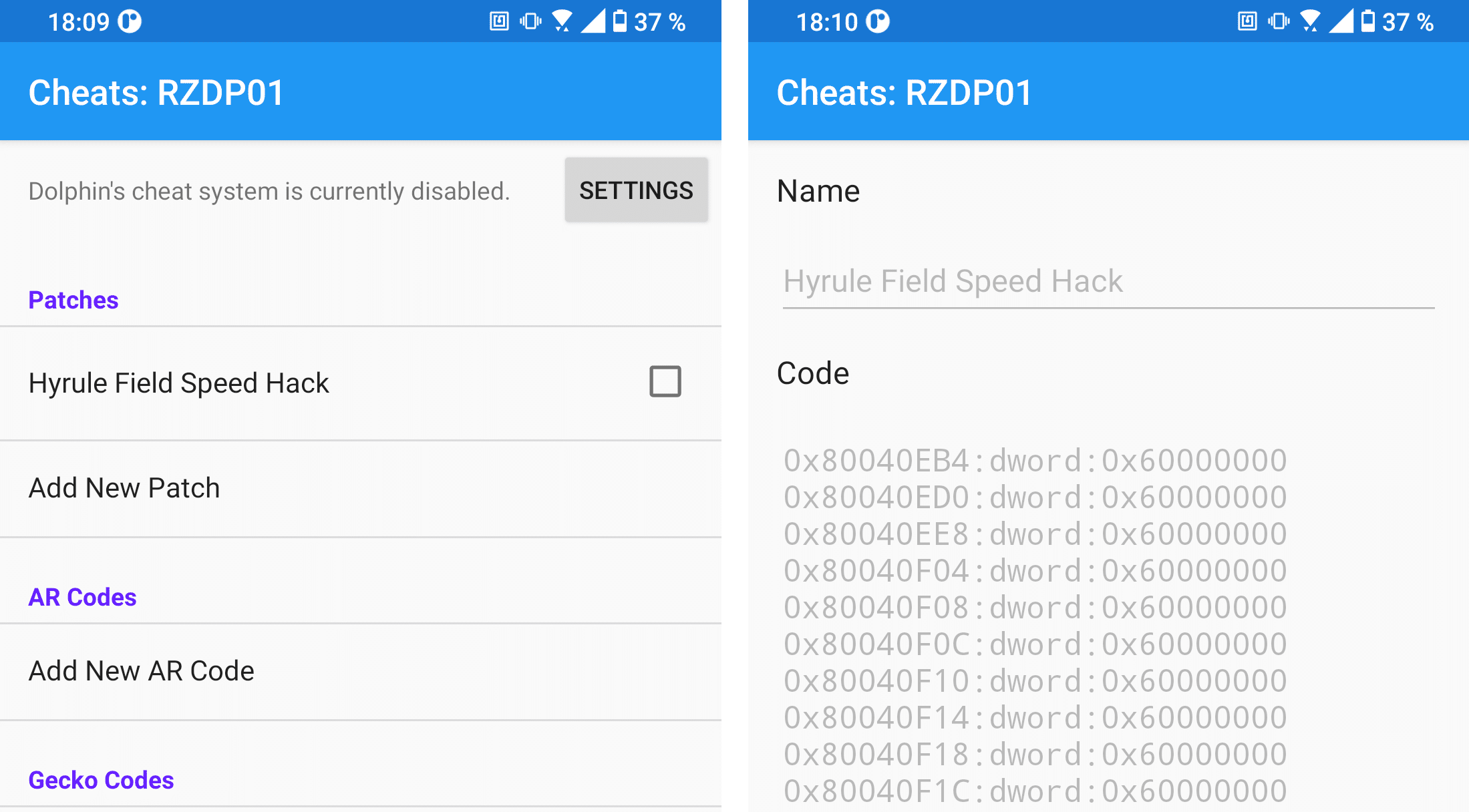 The aforementioned problem has been completely resolved according to the 5.0-15178 October update. There’s a newly developed cheats menu that lets users effortlessly access Dolphin’s Cheat interface. Earlier, it used to be a cumbersome process.

Another noteworthy update is that Dolphin Emulator is now fully compliant with Google’s Scoped Storage requirements. In the official blog post, the developers of Dolphin stated that,

“Unlike some other emulators, Dolphin does not have the option to simply ask for permission to use other directories. For managing things like the Wii NAND and GameCube GCI folders, Dolphin is reliant on accessing tons of files in quick order. If access to those files is too slow, the user may see noticeable lag, or in dual-core games could even crash. When using directories other than the app-specific one, performance on accessing files is terrible, so much so that it would impact emulation in a negative manner.”

The developers have done everything possible to eliminate performance declines due to Google’s Scoped Storage requirements on devices running Android 11 or above.

This PlayStation 4 emulator can now run Dozens of Games